How the Evil Began

Eastview Kentucky was founded in 1870.  Located on the Illinois Central Railroad line it quickly began to prosper and grow.  Eastview was thriving by producing large amounts of sand and sumac; it began to grow as no other Hardin County community had before the early 1900's.

Sometime around 1904 and Illinois Central train in route from Nashville to Chicago transporting ancient Egyptian artifacts that had just been unearthed in the Valley of Kings.  The train wrecked just north of Eastview, the exact cargo was unknown since the records burned with the train and even the semi list later was lost to fire when the Grayson County Court house burned in the 1930's.  What is known was that all on board the train perished in the accident, the cargo was never seen again.

After years of prosperity prior to the accident Eastview began to have a time of terrible misfortune.  Just 1 week after the train accident a young nun lost her footing at the railroad bridge and fell to her death.  Two days later a pair of twins swimming in a local pond drown.  One week later the president of the Eastview Sumac Company was found dead after he cut his own throat.  An Army captain while walking to the Post Office one night tripped broke his neck and died.  A young woman from Virginia who had come to find the man she loved, ran off a cliff and died carrying a bag with only one item in it, a wedding dress.  Two young farmers left one evening to round up stray cattle and were never seen again.

Many citizens began to feel that this run of misfortunes was a curse that was on the Egyptian artifacts.  Soon many believed it was much worse. The bodies of three young sumac harvesters were found mutilated almost beyond recognition on October 20th, the night of the fall harvest moon.  The only evidence found around these brave men's bodies were those of a very, very large wolf.

Citizens from all of Hardin county came to assist Eastview in a wolf hunt to eradicate the animal that had murdered these brave men.  The men met at the local store at noon on the day of the burial,  200 strong and set out on their mission.  By nightfall they had killed 31 wolves, but none the size that they were looking for.  Most thought they had killed all the wolves in Hardin county.  Early the next morning it was realized that not only had the hunt not killed the wolf they were looking for but also it had made it furious.

Just outside of the town a campsite with 6 hunters, their wives and 11 children had been brutally murdered; the only survivor was a little girl.  She told of a wolf capable of standing on two legs and that bullets were unable to stop it.  The men of the community met to try to find some way to stop this murderous beast.

The new president of the Sumac company asked a holy man, who lived by Hardin Springs for help.  The holy man, known only as brother elder agreed to help but said he would need a tracker, in the area was an American Indian who lived on Sutter Creek.  Many believe the indian was also a very powerful medicine man.  The following night the two entered the woods.  Members of the community said that night the northern lights were the brightest they had ever seen and that the night sky was like evening instead of the dead of night.  In the distance the chanting, screams, terrifying growling and gunshot were heard throughout Eastview.  By dawn of the second day a search party was formed to find the two that had entered the woods.  After 8 hours of tireless searching the rescuers found a destroyed campsite and most of the two mens belongings.  Amongst the belongings was the holy mans bible with a letter hanging out of it. The letter told of how the two had encountered something not of this world, brother Elder called it an Ancient Evil, "The Sinister Lord of Darkness" and they had battled with him until dawn.  Brother Elder's letter said this Lord Sinister had command of an army like no man had ever seen before, legendary and mythical monsters such as werewolves, vampires, zombies and even witches.

In his letter he wrote that he knew no one would believe him and that he had not believed until they were right in front of him.  He too would have been dead if not for the brave indian tracker who had saved his life 10 times in a single night.  As if the letter was not enough already to believe, the next passage became much stranger yet.  Brother Elder told of them being over ran and near death till his indian companion known as Soaring Eagle cast a spell that opened up a swirling tunnel of light and wind, which pulled all the evil within it.  Soaring Eagle warned that the only way to prevent the evil from returning was for them to enter and stand guard.  Even then in October as the seasons change the evil would grow strong enough even they wouldn't be able to completely cut it off from returning.  The last passage of this letter said 2 should stand guard to save thousands.  Tell my mother and father I shall miss them but the greater good demands this sacrifice of us.  Please stay forever vigilant and pray for me.  Brother Elder signed the letter.  No other sign of the two were ever found.

Believe what you will or don't believe at all.  I don't ask you to but if by chance you find yourself in the woods around Eastview, Kentucky and you begin to hear leaves rustling, footsteps or the sound of growling beasts remember that there are no such things as werewolves, no such things as vampire, no such things as zombies and no such things as witches.  They are just as imaginary as Big Foot and Aliens aren't they; it's just your imagination playing tricks on you right?  None of the above named creatures exist, but just for safety our security guards are armed with silver bullets, holy water, crucifix's, white candles, salt and a needle and thread.  Enjoy your tour and we will pray for your survival at Sinister Tombs Haunted House. 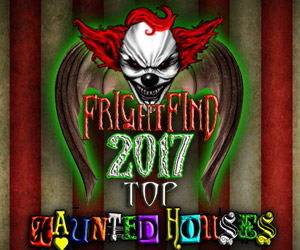 PROUD MEMBER OF THE 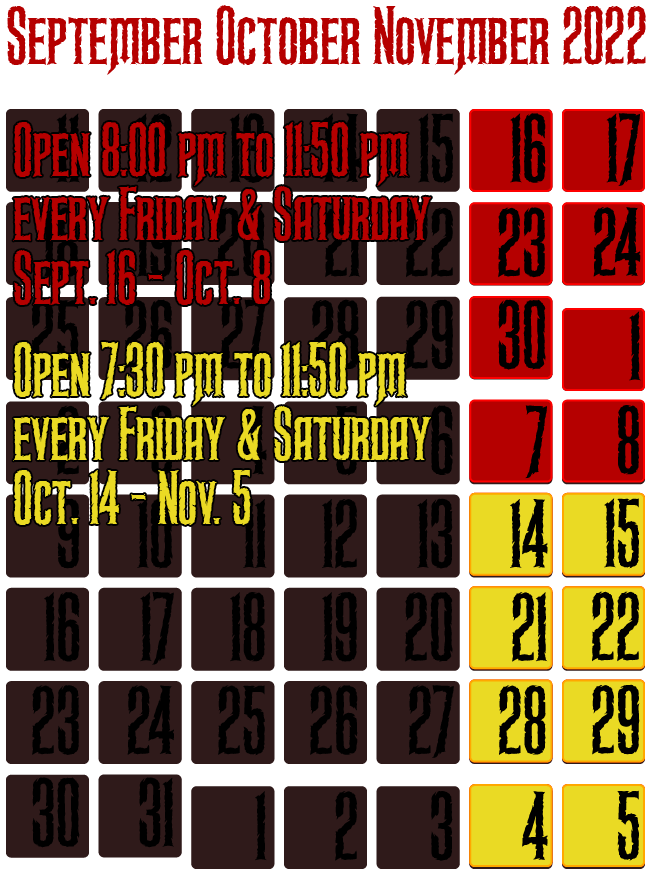